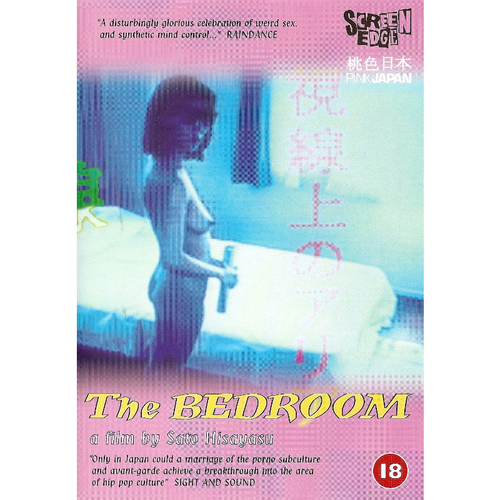 Kyoko is a member of a club, The Bedroom. All the girls there use 'hallusion', a highly hallucinatory drug, and then let men do what they like with them. The women in the club are being killed and mutilated one by one. Kyoko begins to suspect her lover, Kei, of being the murderer. But for her, the truth is to prove far more disturbing. The Bedroom is a disturbingly glorious celebration of weird sex and synthetic mind control; an eclectic study of subcultures and fetishism. This is Pink Cinema at its most stylish.

Director Sato Hisayasu has carved out a lucrative career as one of Japan’s most notorious producers of Pink cinema. The Bedroom stars Issei Sagawa, the notorious cannibal who was jailed in 1981 for killing and eating his girlfriend whilst living in Paris.