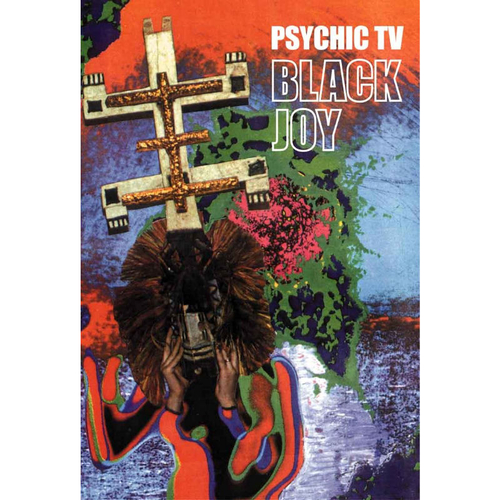 'The filming for 'Joy' began with a live show at Manchester Poly in October 1988, and I suspect was originally destined to end there. However, Karen Bentham created an art promo out of the title track and the rest, as they say, is history.

Next came the filming of a promo for 'RU Xperienced' - shot in Derek Jarman's beautiful garden in Dungerness. Karen's film making style was very much suited to the various outputs of the band and P-Orridge family and this became the beginning of a collaboration that was set to last for the next few years.

Described by some as a video masterpiece, 'Joy' ended up as a very colourful and artistic mix capturing Psychic TV in a number of guises. The promo clip for 'IC Water', included here as an extra, was filmed in our hometown of Lytham St. Annes during 1990.

'Black' was filmed live at the Subterrania Club, London, in March 1991, capturing the band at the height of their acid-phase. Again Karen's visual attack turned the film into something completely different being described as "transforming the normal sterility and division of the artist/audience dynamic into a truly awesome vision of collaborative participation". Anyway it looked pretty good. I would have to say that the contents of this DVD represent some of the best work Karen and I came up with, over 15 years of making music video. Enjoy!