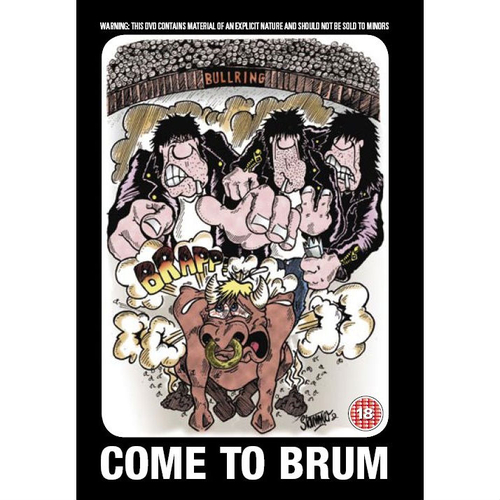 This DVD features two epic gigs by the Macc Lads, playing to sell-out crowds in England’s first and second cities. By the late eighties the lads had left their pub rock beginning way behind and were now packing them in like no other band around. Profane and prolific in equal proportions they went from strength to strength, offending and entertaining the masses as they rampaged across the UK with their beer swilling phlegm-filled entourage in tow. Not only does the video feature the band live at Birmingham’s prestigious Goldwyns Suite in 1988 and the legendary Fulham Greyhound in 1987, it also contains several ‘commercials’ shot by the jettisoundz Video team for reasons unbeknown, except that maybe everyone involved had had a little too much pop. Good clean filthy fun!