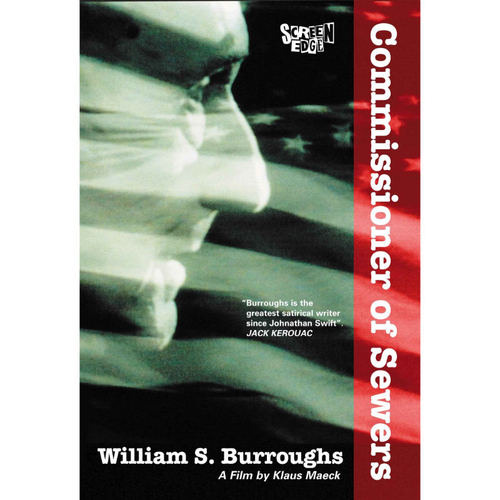 Commissioner of Sewers combines interview and archival material,
paintings and clips of William S. Burroughs' film appearances
(including DECODER and Gus Van Sant's DRUGSTORE COWBOY and
THANKSGIVING PRAYER) with footage from Burroughs' last European
reading in Berlin on the 9th May 1986 to create a witty and
intriguing portrait of the man described by Norman Mailer as "... the
only American novelist living today who may conceivably be possessed
by genius."


In an extensive conversation with author Jurgen Ploog, Burroughs
discusses his many preoccupations, including the word as virus, death
and dreams, travel in time and space, and the cut-up and fold-in
methods which he used extensively in his early novels and which have
become commonplace in advertising, film and music.


Commissioner of Sewers is an essential and entertaining document for
any viewer or reader who wants to know more about the 'father of the
Beat Generation' and author of some of the greatest novels of the
twentieth century, including EXTERMINATOR, THE PLACE OF DEAD ROADS,
and NAKED LUNCH.