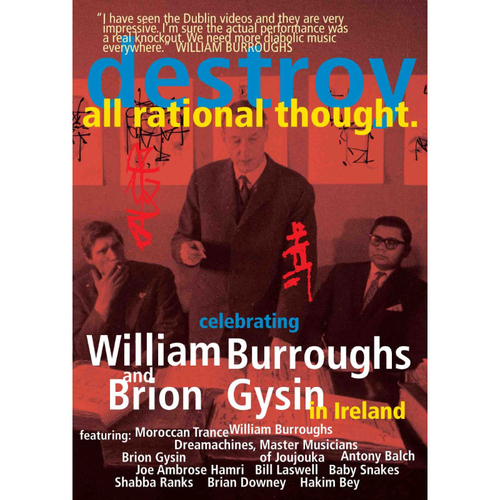 - one of the last interviews William Burroughs gave

- previously unseen vintage footage of Burroughs in his prime during the Fifties and early Sixties.

Described by avant dance magazine The Wire as infamous, Destroy All Rational Thought is directed by Joe Ambrose and Frank Rynne who organized the Here to Go Show in Dublin. The movie documents that festival.