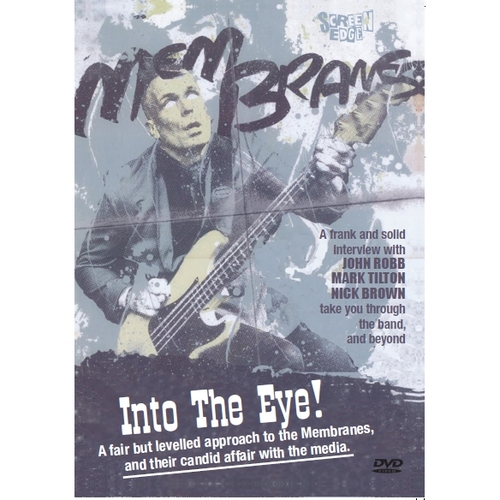 Membranes - Into The Eye!

Well the Membranes like to talk and get the facts right.

In interviews recorded over recent months with John Robb, original guitarist Mark Tilton and Nick Brown, who relate's right back to 1983. A frank and solid piece dealing with everything from the early band through to the new space frontier of the modern band

What it is to be special, I mean at the end of the day John Robb is bloody special, he is someone who you can rely on and much more than that, someone you ring up halfway through the night, “we think David Bowie’s died, can you come in”, BBC TV.

Bear in mind we have the early days of John Robb’s partnership with Mark Tilton, The pair of them coupled up swapping the vocals where necessary and then he walked away, and has stayed away since. And then you’ve got Nick Brown who loves the band, and has a great respect for Mark Tilton.

We see a fair but levelled approach to the Membranes, and their candid affair with the media.

I tell you, we’ve got it covered.