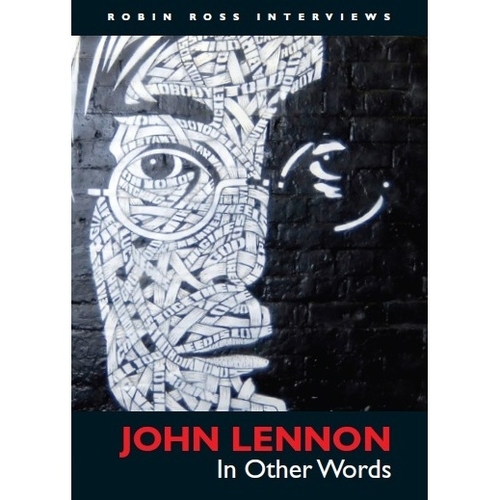 John Lennon - In Other Words

A frank talk about John Lennon, and what his strong achievment meant to the world of songwriting, ending so adorably with Andy Peebles, the ultimate Interview

Brian May talks openly with thoughts of John Lennon’s influence and obvious regrets at his death, the work with Paul McCartney and being in a band. Brian May regrets he never met Lennon but considers ‘Jealous Guy’ to be a classic.

Ian Broudie talks as a scouser about the memory of Lennon being shot and John Lennon experimenting with music, Lennon’s solo albums deliver lyrics as being direct and it worked as pure quality.

Boy George says Lennon was always best when he was being scathing, he suggests that Lennon was quite spiteful, paradox or not.

Supergrass suggest that I am the Walrus was maybe childish. He was so unique, but music is becoming more of a business……so strong characters do not come through.

Roger Taylor remembers the Wembley gigs by Queen and the band performed ‘Imagine’ as a tribute. Roger pays tribute to the coolest man and lyrically and musically was the greatest and confirms that Freddie Mercury was a huge fan.

The Sterephonics loved the originality and put Lennon so high on their list of top musicians.

Simon Fowler of Ocean Colour Scene quoting John Lennon as being part of British musical heritage such depth of thoughts and amazingly rich statements a must see.

Mick Hucknall suggests the magic of The Beatles was the difference, John Lennon embodies the spirit of Rock n Roll.

Mark Burgess talks from Manchester, he learned English speech from The Beatles. Working Class Hero and the wit of Lennon appealed as Lennon told the truth.

And Finally… Radio D.J. Andy Peebles talks about the Last John Lennon Interview which Peebles recorded hours before he was shot… this is a must see piece of film.