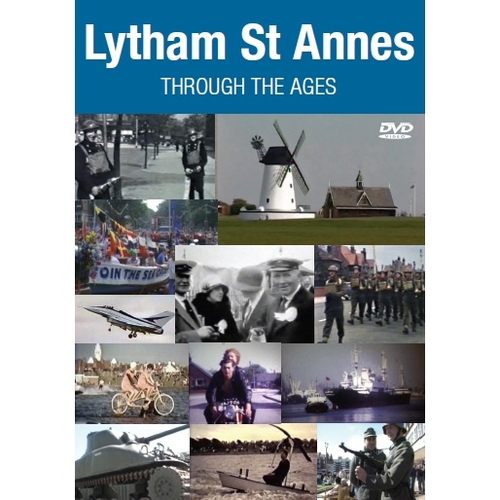 LYTHAM ST ANNES Through the Ages

When you start to think "what once was", you realise, yes, it’s rather a lot and then when you start to take the time to realise this aim, you begin to find how difficult it is. This started for me with release of 'The Town from the Sand', followed by 'Three Decades of Lytham St Annes' all by Peter Wilson, I decided to look a little further.

Starting off the enclosed film is a 1924 look at Blackpool seafront by Squire Clifton. Next up is a look at Fairhaven Lake Regattas of 1930 & 1931, extremely interesting the lengths people went to. Followed up by series a films starting with a visit by King George VI, soon followed by a fire hose practice session, along with a War Weapons Week of 1941, when the was a serious procession through St Annes.

Another look at Fairhaven Lake Gala and an extremely interesting aerial look around from 1964. Did anyone actually look at Preston Docks before they closed, Keith Rothwell certainly did, he was my school friend had me as 2nd camera on his enigmatic 'The Chase'. 1983 saw us taking off in film making in the music biz, 'Christopher Simon' was the early days of that, along with 'Lytham Club Day' & 'Winston's Opening' in 1987. A rare find recently was 'Fylde Borough' by Don Blakey, a fairly eminent film, unable to be released for various reasons. When there's much happening in 1990, just point a camera out of the window on a sewer run through the centre of town.