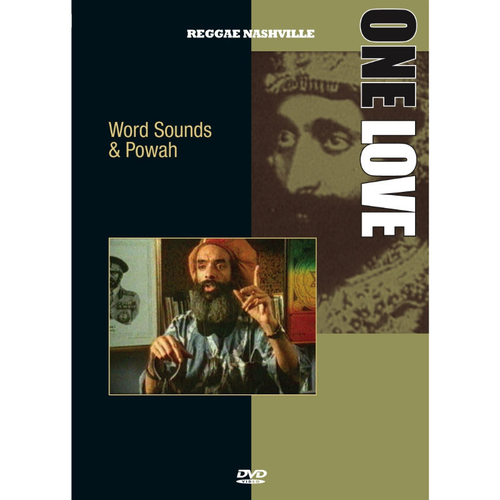 Rastafarian religion has been much misunderstood and rarely celebrated with force and abandon. In these three documentary films, the late Jah Bones sets out the Rasta agenda and illustrates it with drums, music, poems and praises from dedicated Rasta interpreters like Jah Shepherd, Ras Anum Iyapo and Cosmo Ben Imhotep. Shot in London and Nottingham in the early 90s, the three films form a unique document of Rasta history, beliefs and artistic creation:


Part One : Nyabinghi Blood & Fire ; Filmed at the Rastafari Universal Zion HQ in Tottenham, London, nyabinghi is the sacred drumming ritual that calls on thunder, lightning, brimstone, blood and fire to burn and destroy the weakheart and promote the righteous. This is a once-in-a-blue-moon opportunity to see a real nyabinghi, with its spiritual African heartbeat, its verbal aggression to chant down Babylon, and its sheer power.


Part Two : Blues For Rastfari ; Shot mainly at the Simba Project, Woolwich, London, it deals with the historical dimension and roots of Rastafari – in the Empire of Kush, 400 BC in Central Africa, in the mix of African and Christian Biblical traditions during slavery, including pocomania in Jamaica, with the rise of Marcus Garvey’s Universal Negro Improvement Association and the persecution of early pioneers in the maroon tradition like Howell at Pinnacle, Jamaica. It culminates in the reception given to Emperor Haile Selassie at Kingston Airport and the eventual globalization of the faith.


Part Three : Word Sounds & Powah ; Shot in London and at Matismela, in the Marcus Garvey Centre, Nottingham, this episode describes various notions of livity – Rasta as a way of life, as a life-force, as a sense of well-being, as a receptacle of love and creation, as humility in the face of human and corporate greed, and as a teaching which opposes isms and schisms. Musical interpretation is provided by The Naturalites, who, amongst other praises to Jah, sing their classic anthem Picture On The Wall.

All three parts feature Rasta poets performing set pieces, including Song of the Motherland by Ras Anum Iyapo, and the nyabinghi drums of RUZ.