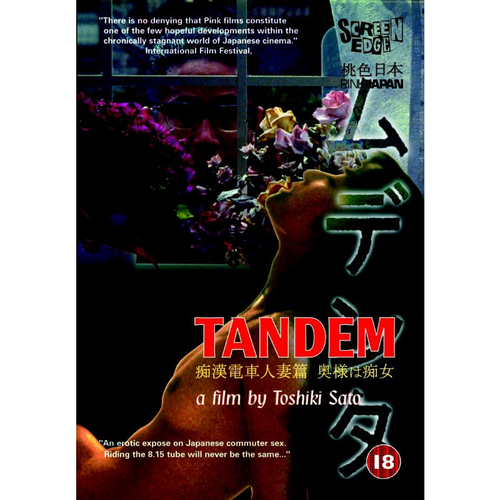 Midnight in a coffee shop. Two men, one middle aged one mid twenties make friends, exchanging cigarettes and stories about their sex lives, unaware that they have unwittingly changed partners. Through various disclosures and conflicts the men discover as much about themselves as they do about each other.


The older man tells of his wife and young mistress. He also tells the younger man about a woman he molested on the train whilst travelling to work that morning and about hiring a prostitute for the first time in his life. The younger man confesses to raping his girlfriend in anger after he found out she was having an affair.


The story, told in flashbacks as the two men travel through the night on a motorcycle, is loaded with highly charged eroticism. Sex and violence are juxtaposed against the drabness of the men's everyday lives, effectively blurring the line between what is real and what is fantasy. Founded on the well known myth of furtive sexual gropers on the rush hour Tokyo commuter trains TANDEM is a low key masterpiece of Japanese Pink Cinema.