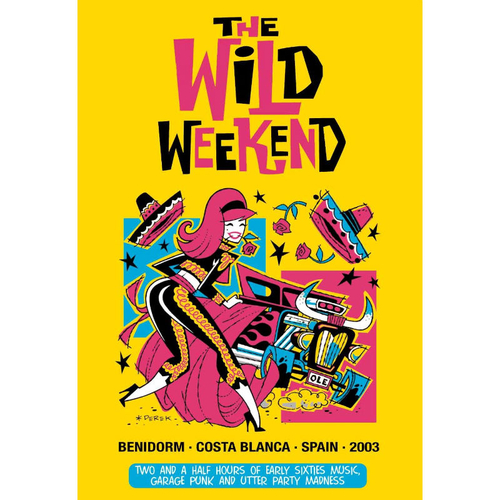 Two and a half hours of early sixties music, garage punk and utter party madness


The Wild Weekend is not just a gig or your average festival it is a complete experience in entertainment. Exotic Entertainment has been synonymous with events around the globe from London to Las Vegas and Spain to Australia.

The Wild Weekend was originally derived from The Frat Shack Club which ran in London for 20 years, starting life as the Gorilla GoGo. Exotic Entertainment was the creative force behind the two legendary Las Vegas Grind shows in 1999 and 2000. Now known as the Zombie Zoo the same team have taken their mad talents to Australia in the form of the Wowsville Club.

The Wild weekend is now in its fifth year and still going strong attracting likeminded 60s music fanatics from all over the world with one intent in mind: to have a Damned Great Party!